The Clippers round out their lineup, the Suns acquire a rebuilding piece and the Bucks continue their nosedive 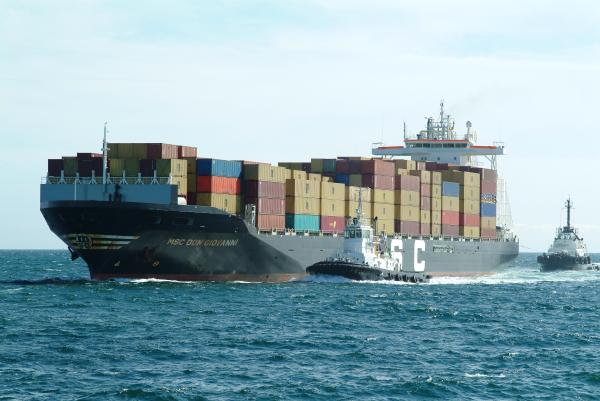 Not exactly the assets I’ll be talking about.

2014 was supposed to be the summer of sheer excitement and terror for teams looking to either rebuild or hang on to their superstars, but 2013 hasn’t failed to keep fans tuned in (at least for the first week or so). Key signings and trades are flying around left and right. The Pacers even gave Tyler Hansbrough a qualifying offer worth $4.2 million, then rescinded it and made him a free agent. Life is weird.

Basically, I’m afraid to take a nap after work in fear of Twitter exploding about the most recent transaction, most likely reported by Adrian Wojnarowski of Yahoo! Sports. I’m almost sure he’s a robot.

Unfortunately for me, one trade went through while I really was dreaming (about eating at an all-you-can-eat cheesecake buffet, no less). It involved one of the most intriguing players in Eric Bledsoe, but also two of my favorite role players in J.J. Redick and Jared Dudley. The former was acquired by the Phoenix Suns (along with Caron Butler), the latter was gobbled up (om nom nom) by the Los Angeles Clippers.

One more team had to join in which, because of Redick’s involvement, was the Milwaukee Bucks. All they could squeeze out (I guess) were two second round draft picks. I’d rather avoid talking about that and focus more on the Clippers’ and Suns’ side of things:

Now that Chris Paul signed a max contract worth $107 million over five years, losing Eric Bledsoe wasn’t as big of a blow for the Clippers. They had to get something in return before his rookie contract expired next summer, as well as Caron Butler’s contract. They landed two excellent role players in Jared Dudley and J.J. Redick. I’m especially excited for Dudley, who’s been a roleplayer on a lottery-bound team for three straight years and one of my favorite Twitter handles to follow.

Both players give the Clippers maximum stretch at the wing positions, though Redick’s one of the finest shooters in the league. Steve Kerr tweeted Redick would be used under Doc similar to Ray Allen in Boston. I both nodded and disagreed with that tweet. I agree that he could be used like Allen to make for a more fluid offense, but I find it hard to believe that Paul will pound the ball like Rondo did near half court for 10 to 15 seconds at a time, waiting for Redick to come around screens. It sure seemed like Rondo disagreed with those plays. For Chris Paul, who’s an old 28 years of age, he’ll probably be more open to it.

The Clippers were already an elite offensive squad last year, even with the troubles that came with a stagnant, predictable offense. With the upgrade of Redick at the 2 instead of Willie Green while also starting Jared Dudley at the 3, the Clippers should once again be in fine shape on offense (at least in the regular season). Whether it carries over into the playoffs remains to be seen, but unfortunately that’s still over nine months away. Shucks.

The Clippers have needed a lockdown perimeter defender for the last two years. There was a small chance Grant Hill could fill that role last season, though injuries prevented him from ever gaining traction in Vinny Del Negro’s 27-man rotation. Unless the Clippers find a way to get Matt Barnes (or some other defense-first player, which is becoming more of a scarcity by the hour) back in a Clippers uniform, the role of defending the team’s best perimeter scorer will be up to Dudley.

I’m not sure why this is the case, but NBA.com only goes ~60 games into the season when looking at advanced stats regarding team vs. players. Maybe that’s just my laptop, who knows. According to the site though, the Suns allowed four less points per 100 possessions when Dudley was on the court, from 107.1 to 102.8 and the former being in the middle of the NBA defensive efficiency across the league. The latter would’ve been third-worst.

Here’s Zach Lowe’s comments on both Redick and Dudley’s defense from his Deal Report:

Redick is a solid team defender, but he’s not up for that, and Dudley’s reputation as a stopper is wildly overblown. He’s solid on the right nights, but he’s slow and prone to ball-watching; look for those back-door cuts next season, Clippers fans.

So yeah, the Clippers should dive into the pool of defense-first wings while it still has some H2O.

Dudley and Redick don’t exactly contribute to the ‘Lob City’ nickname the Clippers have been given for the last two years. Neither are all-stars or even that athletic, but they give the Clippers their best shot ever at advancing through the playoffs. At the cost of a few highlights here and there, I’m sure Clippers fans will take that sacrifice. Hopefully.

As for Phoenix, they did what every rebuilding team should do: acquire assets. Whether Bledsoe turns into the all-star every team seemingly wanted to trade for or not, it’s worth taking a gamble on a player when they’ll be one of the five worst teams next year no matter what.

Though the Clippers’ defense was better with Bledsoe on the floor, their offense sputtered both according NBA.com and 82games.com when looking at on/off floor statistics and top lineups. The Clips allowed five less points per 100 possessions when Bledsoe was on the floor for a defensive rating of 97.4, per NBA.com, which was the same rating the Memphis Grizzlies had this season. This is quite amazing when Bledsoe logged over 700 minutes in lineups with both himself and Jamal Crawford on the floor. Matt Barnes was on the floor for a similar amount of time, but so was Lamar Odom.

The offense was a different story, dropping eight points when Bledsoe was on the floor, from 110.6 points per 100 possessions to 102.1. The former number would’ve led the league in efficiency while the latter would’ve been a middle-of-the-road type.

Neither mean Bledsoe is a terrific lockdown defender or a horrible offensive player. He’s prone to both gambling on passes and falling asleep when playing off the ball. With his athleticism though, he makes some breathtaking blocks and gets into the passing lanes quite often. It also helps that he’s aided by a 6’7”½ wingspan. Bledsoe averaged 1.3 blocks per 36 minutes last season, which is a half-block more than the next guard in the NBA,Tony Allen. He was second in steals per 36 minutes at 2.5. The leader in that category was former-teammate Chris Paul with 2.6.

The tools are there for Bledsoe to be one of the best lockdown defenders in the league. Offensively, he has a ways to go. He shot nearly 40 percent from 3, but only took one attempt per game and was just 29 percent from 16-to-30 feet, according to Basketball-Reference. His form isn’t the most fluid, sometimes kicking his right foot out even while given wide open jump shots. That’s a bad habit that should only be spotted at the worst of pickup basketball games. It has to change.

Rounding out his game, or at least showing signs of improvement from outside the paint, will help Bledsoe get a hefty raise in his contract for the Phoenix Suns.

But Eric Bledsoe isn’t the only player the Suns acquired in the three-team trade. They also took on the expiring contract of Caron Butler. Even though Butler’s versatility has declined to where he’s become the most ripped spot shooter in the NBA, playing with someone with a defined role like his over the likes of Michael Beasley should be considered an upgrade.

But now the four best players on the Suns are at point guard and center with Bledsoe, Goran Dragic, Alex Len, and Marcin Gortat. Dragic’s contract is moveable at $7.5 million over the next three years and he’s only 26. Arron Afflalo of Orlando comes to mind when looking at potential trade partners for Dragic because the Suns could use another wing while Orlando is in search of a point guard, but the Magic are considering experimenting with Oladipo at that position next season. Basically, the trade makes too much sense since both teams are scrapping for a top five pick next year.

Marcin ‘Tater Tot’ Gortat (going to try my best to get that nickname trending) will also be on the trading block. Gortat’s mobility or lack thereof keeps him from playing power forward, but with Phoenix going nowhere anytime soon they could experiment with Len at the 4 alongside Gortat at the 5. It just might be bad enough to give them the most lottery balls possible.

Dragic could also continue to start games, this time at shooting guard alongside Bledsoe. Having two guards who can create off the dribble is never a bad thing, though Bledsoe’s improvement with his jump shot should be mandatory for Phoenix to make the best—at least on the offensive side—out of playing two point guards at once.

It’s not like it would be the first time a team has experimented with that kind of lineup before and it could be useful in order to make the most out of Dragic’s productivity when either shopping him or looking for a reason to play out his contract. That contract is 100 percent guaranteed and takebacks. Ouchies.

Both the Suns and Clippers got what they wanted in the trade. I can’t say the same for the Bucks, who have had one of the biggest head-scratching off-seasons in recent memory. Some of it isn’t their fault, thanks to Monta Ellis not re-signing for a more expensive price than the free agent market can offer him.

But if we’re counting at home as far as trades involving the Bucks and Redick, Milwaukee traded Tobias Harris for Redick in a six-player trade February 21 and then flipped Redick for just two second round picks 19 weeks later. Also, they’re supposedly going to match any amount of money a team offers at Brandon Jennings and are finalizing a deal with O.J. Mayo. Life is weird.

The Bucks will likely see a rise in my Tankapalooza Power Rankings, whenever I decide to come out with the second version of it. It probably won’t be for a while because the silly season of the NBA has been more hectic than I expected. In fact, another three-team trade went down yesterday, involving the Kings, Blazers, and Pelicans. As much as I’d like to tackle it, I’ll cut my losses. In the 24-hour news cycle we live in, I might as well post this (and other couple-days-late postings) next summer.

It seems like the Bucks are in a similar boat as I. We’re both a little behind the curve this summer. For them, they’d be advised to throw in the towel until next year’s draft. I can’t say I’m allowed to do the same.

Edit: Though I probably should.