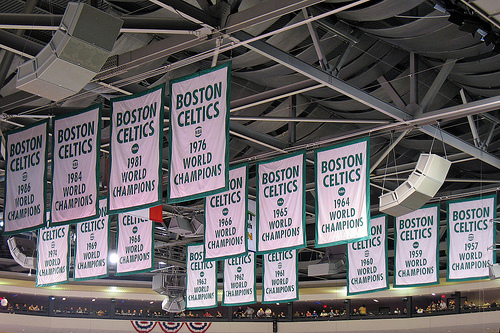 About a month before the season, LVH SuperBook at Las Vegas released their 2013-14 NBA Division odds as well as over/under win totals for each team.

While the win totals provide for plenty of discussion five weeks into the season, betting the correct side of the over/unders yields only so much of a return on the initial investment (unless you can do a parlay). Going far against the odds when picking division winners, however, could mean loads of winnings if everything comes to place. Let’s take a look at the one division where that could most likely happen: the Atlantic.

Once again, odds are according to LVH SuperBook:

Boston currently holds a three-game lead over Brooklyn and New York. That’s nothing at this point, especially when Boston’s goals this season are likely different from the two favorites coming into the season, but it makes you wonder if anyone put a wager on the Celtics’ hopes in the Atlantic as a joke (ahem, Bill Simmons?) then recently started following it closer than expected because you never know.

Currently, John Hollinger’s odds of the Celtics winning the Atlantic are 62.4 percent, something I don’t agree with since it doesn’t seem to take into account recent transactions and how much of an impact the 2014 Draft has on certain teams. Toronto, for instance, has a 63.2 percent chance of making the playoffs (26.5 percent to win the division).

I’ll bet against that when they just traded Rudy Gay, which is addition by subtraction but still; Toronto will make another move soon. Kyle Lowry seems to be the latest Raptor on the block, but we could see more players shipped in the near future. The same could be said for Boston, but probably not until they get a feel for what the team is like with Rajon Rondo.

The odds are sure to change after this week. Boston plays at Brooklyn tonight and hosts New York on Friday, the latter in an eight-game stretch where seven are at home. We might even see Boston on top of the Atlantic for the rest of December, one of the bigger surprises this season probably to both fans and those who bet in their favor.

Also, if you were wondering, Portland was 10-1 to win the Northwest.